Home / Uncategorized / A Lesson in British

A Lesson in British 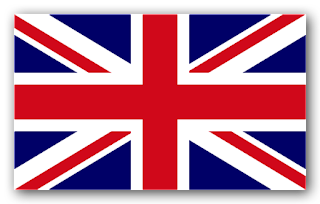 The truth is, I’m getting a little fed up of being called out on my ‘shaky editing’, ‘numerous spelling errors’ or even ‘basic errors’. At first, I thought I had a real problem which was worrying, especially as I’ve been working with such excellent editors, but a discussion with my publisher left me reeling. Can you believe there are actually review sites out there who won’t even take books written in Queen’s English?

So here I am writing a post that will hopefully educate some of my American friends that what they think are spelling/grammatical errors, aren’t, in the hope I might be allowed to write in my native language without criticism.

So let’s launch in

There are many cases where the letter ‘s’ in an English word have been replaced by a ‘z’ in American, so

Double vowels are usually reduced to one in American

The English language has evolved through the absorption of many different language, as can be seen in its spelling and liberal smattering of words taken direct from other languages, especially French. This is an ongoing process. Only dead languages cease to evolve. American, being the younger language has run with this and made the language their own.

Apart from the spelling/grammar issue there are a whole plethora of differences, a few of which I shall discuss

Driving is not taught in British schools. The earliest age someone can apply for a provisional license is 17. A provisional license allows you to drive but only if accompanied by someone who holds a full license. In order to obtain a full license you have to pass both a written and a practical test. Many people pass their test in their 17th year. Many more don’t pass until much later and many never at all. It’s not at all unusual in the UK to not be able to drive.

The schools system is very different in the UK

Generally, these steps all take place within the same school and are marked only by different methods of teaching and subjects taught.

Age 11 move to secondary/comprehensive education working toward GCSE exams at age 16. GCSE’s are given in individual subjects. There are ‘core’ subjects – English Language, English Literature, Maths, Science (and Welsh if you live in Wales) – and all the rest are elective. Sudents usually do 9+ The results of the examinations are stand-alone ie it makes no difference how well or badly you work through the previous years, it is only the end result that counts (no such thing as grade point average)

Age 16 – 18 Study for ‘A’ Levels. Similar to GCSE but higher level and students usually only do 3

Attending school until 16 is compulsory and there are criminal sanctions for parents who don’t ensure their children attend school to that age. After 16 it’s entirely voluntary. There are many alternatives to ‘A’ Levels, for example college courses, apprenticeships etc.

Until recently there was no such thing as prom. About ten years ago we started adopting the idea of prom at 18 which marks the end of the school career. It evolved out of the end of school ball.

Students do not graduate from school, only university.

After school people either move into employment, vocational training or apprenticeships (or claim benefits) or they go to university.

Graduate degrees are usually for three years, although some can be four.

After the first degree most people leave education. However, you can move on to Post Graduate Degrees which can either be vocational (for example Legal Practice Course or Bar Exams for Lawyers) or academic (for example Masters and Phd)

When exams are close we don’t study, we revise.

-The back of a car is a boot not a trunk. We look through the windscreen and wear seatbelts.
-We walk on a pavement not a sidewalk and jaywalking isn’t illegal
-Prostitution is legal, although soliciting (asking people if they want it) and kerb crawling (driving along a street looking for a prostitute) is illegal
– Diapers are nappies

and so much more

I hope you’ve enjoyed this peep into our differences. Of course there are far more similarities than differences and I hope that this article will help my American friends to realise that differences are not mistakes.

2 Responses to A Lesson in British