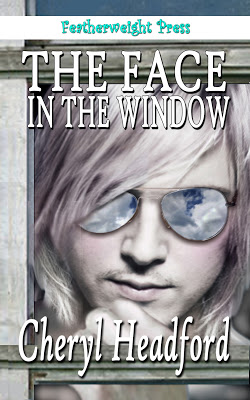 The greatest love of my life, is my boyfriend, Haze. His name is Hazel Fennel but I’m sure you’ll understand why he’d much rather be called Haze. Haze has two brothers Rowan and Ash, so I think his parents went a bit loopy over trees. I think they got it right with Haze, though – he’s definitely nuts.

On a serious note, Haze saved me in so many ways. Without him, I’d still be locked away in my attic, watching the world pass by, rather than living in it. That’s not my style at all. He taught me to be a rebellious teenager – his words – and to stand up for myself with my family.

The journey to independence. It started at school. I go to a special school for blind people and they’re really big on the independence thing. We learn all kinds of things, like using technology to its best effect for us, martial arts and self-defence techniques; even how to iron my shirts. My mother would never let me do that.

The hardest part of the journey was getting my family to understand just how much independence I’m capable of. My parents love me,  I know that; I’ve always known that, but they’re so overprotective and, for most of my life, they couldn’t get their heads around the fact that I can do the same things ‘normal’ people do, except in a different way. It was their journey, I suppose, but if felt like mine. Maybe it was because, when I was teaching my parents to accept how capable and independent I am, I was also making it real for myself. After all, the real world is so much bigger and more dangerous than the safe and protective environment of school. This is the part of my journey I travelled with Haze, and I have him to thank for how far I’ve come.

Being blind, I guess, and the fact I’m albino so have no colour anywhere. My white hair attracts a lot of attention. My brother’s, and I suspect, my parents thought it makes me a freak, but Haze thinks it’s beautiful and he makes me fell beautiful.

I’m very happy at school, but the place I’m happiest, it anywhere Haze is. He lights me up and makes me feel safe and warm, wherever we are.

Being treated differently to everyone else, just because I’m blind. I hate those people who talk to me like I’m an idiot, or try to overwhelm me with help I don’t need.

That I will lose Haze. I can’t imagine my life without him. After that, I’m afraid I won’t be able to cope with university and that my mother is right and I can never be truly independent.

My technology, I suppose. I have a top of the range computer, especially adapted for blind people, with a braille keyboard. And I have a special phone, which Haze helped me pick out.  It’s amazing and I love it.

I don’t despise anyone. Some people have been pretty nasty to me, because of my blindness and the way I look. My brothers have to be top of the list. The used to get me horrendous clothes because I couldn’t see them – oh and a Disney Princess™ phone. But I don’t hate them. I could never hate them.

I really can’t think of anyone.

I don’t think I have any. Maybe that I didn’t stand up for myself at home sooner. Although, if I’d done that I might never have met Haze. If I hadn’t been a princess in a tower, he’d never have been my knight in shining armour and saved me.

To be able to play music. I love music. I have a really good sound centre and it’s all set up to give the best

quality sound where I sit. It would be awesome if I could make that sound, something that makes other people feel like I feel when I’m listening to something really good. I like stringed instruments best; maybe a cello or violin, although I love the flute, and the clarinet has an amazing, rich, range. I don’t know how I would choose.

Anywhere with Haze, preferably somewhere near the sea. I love everything about the sea – the sound, the smell, the feel. Haze took me to the beach on our first date…well it wasn’t really a date but the first time we spent together. Maybe that’s part of it. Whatever the reason, I love the sea and would definitely like to live very close to it

Being alone. When you’re blind being alone is being very alone. I was alone for a long time, really alone with no friends apart from at school, and a family who treated me like an embarrassment. I was confined to my room – not that they kept me prisoner, but my blindness did, because my mother wouldn’t let me out of the house without her, or my father. She thought she was doing the right thing, that it was for the best, but it really wasn’t.

There have been a few times when I was taken somewhere and left alone. I panicked so completely I had to call Haze for help. It turns out I could easily have found my way if I’d kept my head, but I was so alone and so exposed I couldn’t handle it. I can’t imagine what it would be like to be completely alone, without Haze or my family. It’s absolutely the worst thing I can think of.

Gentleness and patience. Despite his problems, Haze is always gentle with me, although he doesn’t wrap me up in cotton wool like my family does. He lets me fall and is endlessly patient and gentle when he picks me up.

I don’t know.  I don’t know many women apart from my mother and Haze’s mother. Oh, and Haze’s cousin, Charlie. I guess it’s the same. I respond really well to gentleness in anyone.

Being too ready to step back and let others walk all over me. As much as I hated being isolated in my room,. I didn’t do anything about it until Haze came along. I don’t know if it was laziness or fear, but I kick myself all the time for it. I’d like to think I wouldn’t do it again, but I suspect that, if Haze wasn’t around, my desire to please would cause me to become a doormat again.

Cruelty. I don’t understand why people would be cruel to each other, and I think people often don’t even realize they’re doing it. Things like teasing and taunting. I’ve had to put up with a lot of it, being a blind freak. I’ve had to handle abuse because of my blindness and my colouring. Sometimes it’s hurt. Sometimes it’s hurt a lot and I just can’t understand why anyone would want to make someone feel that bad.

Loyalty. All my friends would stand up for me no matter what, and would protect me from anything if they could. I’d do the same thing for them. In fact, I find it way easier to stand up for my friends than myself.

Sam Gamgee from Lord of The Rings. A lot of people overlook Sam, but he’s everything I admire in someone. A good friend, loyal to the end. Endlessly kind and patient and prepared to walk into the jaws of death to protect and care for his friend. It was never his fight and he could have walked away at any time. He wasn’t brave, or powerful or special in any way, but he made it to the end, which is more than Frodo would have done if Sam hadn’t been there.

All my friends at school who are, just like me, committed to having independent lives that are as full and rewarding as possible. I know Haze will be mad at me for saying this but one of my heroes is James, my ex boyfriend. He’s so brave and determined. He plays drums in a rock band and he’s going on tour with them when school ends. I’d be scared stiff of doing something like that, but he’s taking that leap into the unknown. I think most people would be slightly scared of that kind of adventure and it’s a thousand times harder if you’re blind.

Haze, my amazing boyfriend. He’s come such a long way and overcome so many obstacles. He’s the strongest, bravest, kindest person I know and he’s my saviour and hero. His mum’s pretty great, too. Did you know she writes stories about people like us, I mean gay people, and has them published. I’ve never really understood what the problem is with being gay, but a lot of people seem to have one, and Haze’s mother writes stories that show we’re just the same as anyone else. I’m not allowed to read them, though. She says they’re…um…erotic. That means rude, with sex in. I guess she’s afraid I might learn things to try on Haze. Oops, I shouldn’t say that. It’s not as if we’ve…well… you know. But we will one day and when we do it will be amazing.

Chastity. No, only joking. I think it’s humility. People see being humble as being a pushover. I don’t think there’s anything wrong with being proud of your achievements, and of yourself. Okay, it can go too far, and being proud per se is a bad thing, too.  I think the middle ground is the best.

Until I met Haze, I didn’t lie at all. No, really. Now, I mostly only lie to my parents, and they’re only little ones, like I don’t tell them if I get hurt, because they over-react and you have to get hurt sometimes to learn. Or I’ll tell them I fell asleep or something, if I want to stay with Haze. They’re only little lies though – aren’t they?

Awesome. I definitely say awesome way too much. I can’t really think of anything else. I suppose you’ll have to read my story and see for yourself.

You might think it would be my blindness, but I’ve been blind forever and it’s part of who I am. I don’t see it as a disability, it’s just a different way to live. I think it would be my terrible writing. I mostly use the computer, but it would be nice to write Haze notes and letters sometimes, but he can’t read my writing. Not many people can.

Hazel, Rowan and Ash… of course. I also like Megan for some reason, and Jack.

A white tiger. I’m not really sure why. I guess it’s because they’re different from the rest of their kind, too. They’re never thought of as freaks…and if anyone said so they’d just eat them.

Live life to the greatest extent you can, and nothing is a disability unless you let it be.