(Sale begins and ends according to Eastern Standard Time)

Why not take the opportunity to pick up HOSTAGE at 35% discount? 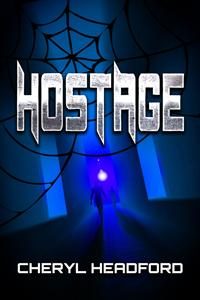 Astrin Raphael wakes up in a strange place, frightened and confused. He is told to trust someone who seems to hate him, and he tries—he really tries. However, things change rapidly when he discovers his friend is actually his archenemy, Rowan Gabriel, whose abusive behavior stems from a deeply ingrained, if unwarranted, hatred over something that happened many years before, and simply wasn’t Astrin’s fault.

When Rowan’s uncle and Astrin’s father are kidnapped by Strebo Michael, the two crown princes are catapulted into an adventure that forces them to work together, and along the way their feelings for each other grow. Rowan is quick to let his hate go, but Astrin can’t release his inhibitions. It takes Astrin almost dying from a poisoned dagger before he finally accepts Rowan’s love.

When they return home, their problems continue as their Houses try to negotiate a way for the young men to be together. It soon becomes clear at least one of them will need to relinquish his throne.