Wannabe singer and band front man Erik Von Nordgren hates snarky brit Asher Berkley with a passion. From the moment he turns up at practice with his twin sister Daisy, who is one of the band the two have hated each other.

Through a series of ‘tit for tat’ incidents they annoy, frustrate and exasperated each other. The die hard goth with purple eyes and the hard core rocker with dreams of the big time have nothing in common and no need to cross paths. Except to wind each other up.

Until the day that Erik throws Asher in the school pool, when everything begins to change. Erik is so far in closet he’s in Narnia and Asher has a dark past and trust issues that stand in the way of any relationship, let alone one with the brash American who hurts him every time they try to get together.

A relationship doomed from the start, or so you’d think.

The Von are on their way. With a recording contract under their belt and a tour opening for a popular band, the world is at their feet. For those left behind prospects are not so bright, especially with someone trying so hard to break them apart.

With the spotlight on The Von, no one sees the evil waiting in the wings until it’s too late. 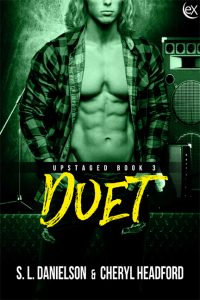 Vince and Billy are getting married. All their friends will be there, so it’s bound to be exciting. Add in some family members who may, or may not, be associated with the Mafia, Connor’s new boyfriend—who is a complete ass—and Vince’s cousin, Angel, heir to the family business but far more suited to life in a small village in rural Italy, and you have an explosive mix that will challenge all the friends to the mix. 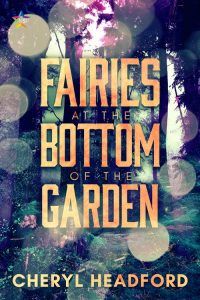 All Keiron wants is a quiet life. Fat chance with a boyfriend like Bren. But if he thought Bren complicated his life, that was nothing compared to the complications that begin when he opens the door to what he thinks is a naked boy claiming to be his slave.

Draven is a fairy with his sights set on the handsome human who keeps a wild place in the garden for fairies. When Draven slips through a fairy gate into the city, he sets in motion a series of events that binds him to Keiron forever, and just might be the end of him.

While Draven explores Keiron’s world with wide-eyed wonder, Keiron does everything he can to keep Draven’s at bay, until the only way to save Draven and bring him home is to step into a world that should exist only in children stories. 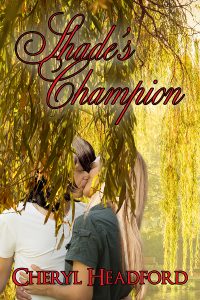 Sixteen-year-old Shade has spent years imprisoned in a dark cellar after being snatched as a young child. Events since his release have left him traumatized and desperate to die.

Dory is a lively and engaging seventeen-year-old with mental health issues that make him a slave to his dangerously uncontrollable emotions.

When Shade comes to Eastbrook secure children’s home because no place else wants him, the manager appoints Dory, for better or worse, to be his champion, an appointment Dory takes very seriously indeed.
As friendship turns into something else, something new and exciting, they struggle to find their feet as every step leads to more complications.

When a spiteful act separates them, it seems their love is doomed before it even has a chance. Then Dory falls ill and it’s up to Shade to take up the standard and be his champion, although it might already be too late. 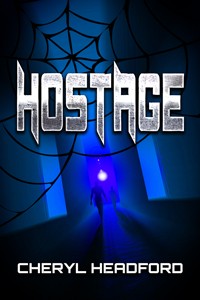 When Astrin Raphael finds himself held hostage in an unfamiliar place, he has no option but to try to have faith in someone who seems to despise him. Little does he know his captor is his nemesis, Rowan Gabriel, whose disdain for Astrin all started with a misunderstanding years ago.

The kidnapping of Astrin’s father and Rowan’s uncle leaves the two princes with no choice but to form a precarious alliance. Rowan casts off his hatred and reaches out to Astrin, but Astrin’s doubt and insecurity run too deep to let go of easily. It’s not until Astrin almost loses his life that he’s able to acknowledge what Rowan means to him and admit to the love forming between them.

Their struggle doesn’t end when they return home and their Houses attempt to broker a deal to determine their future together. Each prince might face a choice between keeping his title and finding happiness with the man he loves.