REVIEW Locked in Silence and Sanctuary Found by Sloane Kennedy

Locked in Silence and Sanctuary Found by Sloane Kennedy 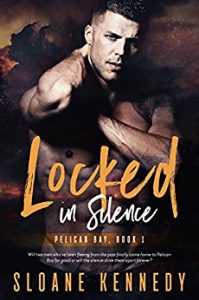 I read the first books a few days ago and loved it so much I had to get the second straight after. These two stand as books #1 and #2 in the Pelican Bay series. As far as I can see #3 hasn’t been released yet, or I would be on it like a hawk on a lure. (I’ve seen that and it’s Impressive) 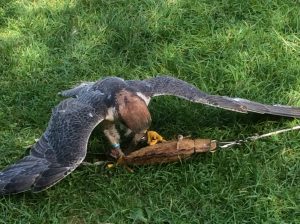 Locked in Silence i

Nolan, a concert violinist, is running from a false accusation of theft and a whole load of heartache from a miserable past. The past catches up with him when his father has a stroke and he returns to find his parents in financial crisis. Desperate to help them and move on he finds a job at a local animal sanctuary with Dallas Kent. Dallas was Nolan’s high school crush, a bigshot sports star who never gave him a second glance. Except he did, and Dallas is carrying around a whole load of guilt, not only about how his friends treated Nolan but about the fact that he did absolutely nothing to stop it, too afraid of being outed.

Years have passed and Dallas is the one who the town turned their back on. After a car accident in which his mother was killed, and both Dallas and his father were seriously injured, Dallas is unable to speak, and everyone thinks it serves him right because he was drunk driving at the time of the accident. But was he?

Dallas and Nolan dance around each other and it was lovely to be able to see both Points Of View. Nolan thinks Dallas is still the same jerk he seemed to be all those years ago and is only offering him a job out of pity. Dallas wants Nolan to go because he reminds him of how badly he behaved in the past, yet can’t bear to let him go because it wasn’t just guilt that kept him thinking of Nolan all these years and Nolan has turned out pretty fine.

With Nolan and Dallas working together at the animal sanctuary sparks are bound to fly – in all directions.

Meanwhile, both men are struggling with outside influences, Nolan with the indifference of his parents and Dallas with the hatred of the town.

There is a sweet romance at the heart of the story, but there is so much story around it that it isn’t forced and it buds and blossoms in its own sweet time. The fates of two men touch, twine and slowly become so intermingled it’s impossible to separate them.

The arrival of Dallas’ brother, Maddox who had pretty much burned bridges after the accident, throws a spanner in the works, but without Mad, and a couple of drifters – one the thief responsible for Nolan’s ruined reputation, and the other his adorable four-year-old brother – he and Nolan would have been alone, facing up to an entire town in their fight to keep the sanctuary, and Dallas’ beloved wolf-hybrid, Loki, safe.

So many stories are woven together in this beautiful little book. Men and women from very different backgrounds, with different life experiences and different personalities, but they all weave together to make a rich tapestry full of love, hope, and yes pain and sadness too because, without rain, there is no rainbow.

I fell in love with the book and all its characters and I’m truly hard-pressed to find anything I didn’t like about it. The plot, the pacing, the characters are all spot on, and I have the emotional depth I crave in spades.

I was about to write that Book 2 starts were Book 1 ends, but that isn’t quite right because Book 2 picks up before book 1 ends and goes over certain situations from the point of view of two different characters, Maddox, Dallas’ brother and Isaac, the violin thief. While their pov’s and voices are very different to Dallas and Nolan, nevertheless they are simply putting a different spin on the same set of circumstances. It was good to learn a little more of what happened around those circumstances, such as where Maddox went after the meeting, but for me there was a little too much rehashing.

That being said, as with book one I’m hard pressed to find anything else to complain about. Isaac and Maddox, and especially Newt, Isaac’s four-year-old brother are beautifully drawn, multi-dimensional characters. I fell head-over-heels for Isaac and Newt (Yes, Isaac Newton) in Book One and the love affair continued seamlessly. When I found out what Isaac wears under his jeans… wowser.

Isaac and Maddox are such an unlikely couple it was lovely to see how they slowly came together. One thing I absolutely adore about this writer is her ability to pair character with apparently nothing at all in common and no chance of even looking twice at each other and making them work without changing who they are. That is certainly the case here. Mad and Isaac are just so different and so unsuited to each other – but it works, and it works right from the start.

From the very first moment we meet Isaac and Newt, we know they’re running from something and that continues to be the case. They continue to remain at the sanctuary on a day-by-day basis, terrified of being discovered. It takes a long time and lot of coaxing to find out what they were running from, and it was only when the past catches up that they all really appreciate how bad it was.

Fortunately, the new sheriff is on their side and even one of the bad guys steps up with a surprising talent and a big heart. Things work out, but it’s touch and go and if it wasn’t a romance novel, I expect there would have been some scenes that would rip your damn heart out. As it was, my heart was lodged firmly in my throat for a good chunk of the book. Happily, it all turned out in the end, but nothing felt forced. It all happened as it should and in its own time.

I heartily recommend these books for anyone who likes their romance to be worked for and a good strong story rather than pages of meaningless sex. Don’t get me wrong, there’s sex and it’s sizzling hot in both books – especially Book 2 if you like your men a bit more exotic – but it’s not gratuitous in any way or form.

I adored both books and can’t wait for number three