Join the Reviewer Roundup
Discover new books from your favourite authors
Discover new authors: new favourites
And all for the price of a review.
For more information
Click Here
Reviewer Roundup is basically an open call for readers to pick up books from favourite and new authors, all donated for free with the only expectation being an honest review. The event runs over two weeks. The first week is for novellas (up to 50,000 words) and the second for novels. I have two books entered, one in each week.
In the first week I have, for your critical investigation 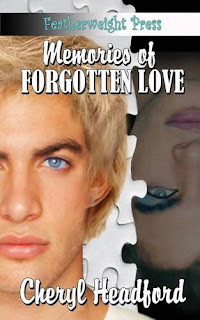 Memories of Forgotten Love is a Young Adult book about Noah, a boy who wakes from a coma after three months, to a mystery.


I wrote this novella to explore something I had been reading quite a bit about. That is, the way coma was depicted in popular culture – movies, television shows, novels etc. Basically, what the articles and reports were saying was that coma, and in particular the process of waking from one, is very rarely depicted in anything like an accurate way. People simply don’t just open their eyes and get on with it. I set myself a challenge to write something more realistic, and this is it.


A note of caution. This book was published at the very beginning of my career as a published author and I have learned a lot since then. Please also bear in mind that the book is meant for 14 – 20 year olds and the characters are meant to be immature.


Noah wakes from a coma with no memory of who he is. As his memories return they become stranger and more sinister at every turn. He begins to suspect the accident in which he was injured wasn’t an accident at all, and refuses to accept what everyone is saying that he threw himself off his balcony in a suicide attempt. It just doesn’t feel like something he would do. Struggling to come to terms with the shocking story he gradually uncovers, he’s helped by his friends. Yet, his best friend, Luke is acting strangely, leaving Noah to wonder just what exactly he isn’t telling him.


I felt like I was in a bad, made for TV movie.  What else was I going to say?  It isn’t as if I was in top form right then, I was too shocked. He didn’t respond, just looked at me with an expression that I could almost have mistaken for compassion on his face.“Luke…”“Will be fine.  You play your part tomorrow afternoon and he’ll be home by evening.”

“Of course.  Take your time.  We’re going out to dinner tomorrow, don’t forget, as a family.  As far as your mother is concerned it is your farewell dinner before you go back in so don’t disappoint her.”

I had no idea what to say, what to do.  Luke had sounded so… so… not himself.  I knew Luke.  If he could have he would have been fighting.  He would have been cursing, swearing, yelling at me.  But he wasn’t… he could barely speak at all.  What had they done to him?  I was terrified.  More scared that I had ever been and I didn’t know what to do about it.

“As you wish.  I suggest you telephone Luke’s mother and tell her that he is going to be staying with you for a few days.  You wouldn’t want her to worry would you?”

He smiled, almost gently. “Oh and don’t even think about talking to anyone about this… your friends, Luke’s family… the police.  My ‘associates’ are not the kind of people you mess with. At the moment Luke is safe, but if you upset them I can’t vouch for what they might do.”

“Great.  Thanks for that.  You are getting really good at screwing up my life aren’t you?  You’ve had plenty of practice by now.”

“I know you are upset Noah… Just don’t let it make you do anything foolish, something that you… or Luke, is going to regret.”

When he had gone I stared at the closed door, truly and completely stunned.  I had no idea what to do.  I was terrified.  I was horrified.  I was angry.  I was vengeful.  Most of all I was lonely. I needed someone to talk to, someone to comfort me, to put their arms around me and make the fear go away.  I needed Luke.

Check my blogs for other exclusive excerpts