Home / About Nephy and Cheryl / Character Interviews / Astrin and Rowan 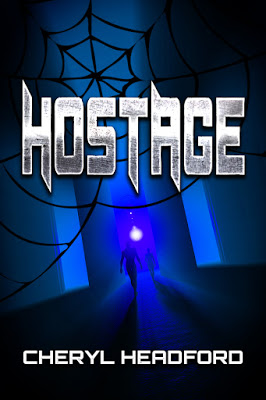 Let’s start by telling us, in twenty words, or less, what you’re book’s about.

Two princes who hate each other getting together to rescue their father and guardian, and becoming more than friends

What was it that led you to write in the genre(s) you write?

It was an experiment. I guess my go–to genre is contemporary romance, but I love to try out new things. Every book is an experiment, and although there are themes that tend to run through the stories, I try to make every one unique (except perhaps the ones which are part of a series, of which there are very few)

Are your books character led or plot led, or both?

Definitely character led. It starts with a flash of inspiration – a scene, a situation, a smell or taste – then a character starts talking to me about it, then I just get to write down their story. The plot unfolds as I write. I quite often don’t know how a story ends when I begin.

What is your favourite part of the writing process?

Writing. Writing is like breathing to me and I wilt if I have to be without it for too long. Because of the way I write I get caught up with the story as if I’m reading what someone else writes and it’s exciting, fresh and new every time.

What is your least favourite part of the writing process

Many people say editing here, but I really don’t mind that. I enjoy getting down to the mechanics and honing my craft almost as much as I do writing it in the first place. I get excited when I see edits in my inbox. My absolute least favourite is the marketing. To be perfectly honest, I’m lost and have no idea what I’m doing.

Before I first got published I was utterly technologically inept, and didn’t have a clue about social media. I was absolutely terrified when I set up my blog. I literally shook as I went through the process, and felt an enormous sense of achievement when I posted my first blog post. I still have little idea of how to use twitter, although I spend time each day there, and I know I don’t use facebook to my proper advantage. The whole thing scares me and therefore frustrates and stresses me.

Where do you get your inspiration for your characters?

I don’t. I get inspiration for a scene or situation then my characters introduce themselves to me. I get an image of how the look when they speak in my head and I merely describe them. That’s why I don’t need to make character files.

Tell us a little about the characters in your book and their story. You can use more than twenty words this time.

Rowan is a crown prince. He’s a bit arrogant and very impulsive. His kingdom has been at war with the nearby House Raphael for twenty years. He’s been plagued by nightmares all his life about the deaths of his parents, who died when a visit to the front lines went wrong. He’s hated the Raphaels ever since, especially the young Raphael prince, Astrin.

When the story starts, Astrin is being held hostage by Rowan’s family and Rowan has been ordered to look after him in an effort to have him see Astrin as the special person he is. It backfires badly.

Things could have gone drastically wrong, but Astrin’s father and Rowan’s uncle are kidnapped, and this changes everything. Astrin is a seer and despite realizing how utterly unwise and even insane it is, they follow Astrin’s vision on a journey to rescue their relatives from the heart of enemy territory.

The main part of the story is about their journey to the deep south where they get caught up in a revolution, then their journey back to safety through the desert. During the journey Rowan learns a lot about himself, and comes to love the gentle, resourceful and brilliant Astrin, although it takes Astrin much longer to realize the feelings are reciprocated.

That something bad will happen to my children.

If I came to dinner what would you feed me?

Some kind of chicken dish, probably involving garlic. I’m working my way through ‘Fifty Shades of Chicken’ so the dish would probably have a story. I might write it on sexy little cards at the side of your plates.

Which of your characters would you like to be sharing the dinner table with us?

It’s hard to choose. I adore both Rowan and Astrin. If I had to, I’d choose Astrin, because he’s far more refined and less likely to end up flying into a temper and throwing food. Hm…maybe I should reconsider.

Tell us in the character’s own words, what he/she would have to say about you.

I like the way Cheryl tells our story, but she gets a bit carried away sometimes. Is the torture really necessary? Not that I don’t enjoy torturing Rowan now and again *gives a wicked smile* but only because he likes it.

What would they say (again in their own words) about themselves, and their story that will make us want to read about it?

I suppose Rowan and I are an unlikely couple. I mean, when we met I was his hostage and our countries had been at war for twenty years. But somehow we work. Rowan is very hot–headed and flies of the handle all the time, but I’m much calmer and I can usually get him to see sense in the end. I didn’t like Rowan very much to begin with. At that time I had no memories and was confused all the time. He told me he was my friend but he didn’t treat me very nicely. When my memories came back and I remembered what had been done to me, I hated him for a while.

I couldn’t stay mad at him for long, though. Despite his faults, he’s a good man at heart, and he was a good friend. Of course, I had to save him from death a few times, but to be fair he saved me too, so I can’t complain.

The journey to the Heart of the South was scary, of course it was, we had no idea what was going to happen from moment to moment and there were plenty of times when I was sure we’d be caught and tortured far worse than anything Rowan’s family had done to me. But sometimes it was kind of fun, and it was good to have Rowan with me. He took care of me and made me smile. I fought it all the way but in the end I had to admit I’d fallen for him. Unfortunately that was right before we got caught up in a revolution and I almost died.

That wasn’t the end though. Even after we finally admitted we love each other there was still the problem of our kingdoms. We were crown princes of two very powerful countries that had been at war. Our families might be happy we were together, but the Councils and people were a different matter.

In the end, after a joint Conclave, a plan was devised where we would be together. Unfortunately, I’d convinced myself I’d lose the love of my life and the plan completely overwhelmed me. I was totally stupid and ran away, only to get myself into even more trouble, if you call being drugged and kidnapped by a pirate getting into trouble. Thank the Gods for Rowan.

Which character from literature, would you most like to have invented?

Sherlock Holmes. He’s such a deliciously complex character. And I’d get to see Benedict Cumberbatch play him!!

Where do you see yourself personally and professionally in 5 years time?

At the moment, I’m very happy in my personal life. It’s just my son and I (not counting the animals) in a tiny rented cottage in the Welsh Valleys. I have my craft materials, my laptop and my books, so what more could I ask from life. I’m pretty much reconciled with being on my own but if love should come knocking I’d fall over my laces to open the door.

Professionally, I would like nothing more than to be able to make a living from writing. At the moment I am having a lot of help from the government to be able to afford to live, although I’ve paid my dues after 20 years as a lawyer and 10 working in a bank. My total ideal would be to be able to earn enough to live unassisted, and to pay someone to do my marketing. That would be true bliss. Is it achievable in 5 years? I’d like to think so. It won’t be for want of trying.

Do you have any other projects in the offing we should look out for?

I’m moving more and more into writing for young adults. I have two books in the offing, one coming out at the end of this year, and one next year. Both are with Wayward Ink Publishing.

Shade’s Champion is set in a secure children’s home, which is one step away from a juvenile detention centre.

Sixteen year old Shade is a complete mess. He’s recently been released from eight years of captivity in a cellar. One of his first actions is to show gratitude to his step father in the only way he knows how – and he ends up beaten and dumped in a hospital.

Penny, who runs the home, takes him in only because he has nowhere else to go, but fears for his safety. She appoints Dorien (Dory) to be his guide and champion, something Dory takes very seriously.

Dory has issues with controlling his emotions and was sent to the school after an incident when a teacher and pupils were injured during an uncontrollable anger outburst. Dory is terrified by his emotions. He wants to be good. He doesn’t want to hurt anyone. He fights so hard to control every aspect of himself and is desperate to keep his growing feelings for Shade at bay. But he can’t.

Dory eventually admits to himself and Shade that he is falling for the damaged but beautiful boy and Shade admits he feels the same. However, they must keep their feelings secret or they will undoubtedly be separated because Dory isn’t allowed to feel.

When a kiss under the willow tree is witnessed and revealed their worlds are torn apart and it takes Dory very nearly succumbing to a deadly illness before the adults in their lives ‘get their shit together’ and work out a way where the two young people can grow and be there for each other.

The Unfairness of Life is about Gabriel, who is pretty screwed up. He’s running from something that happened to him when he was a young teen. Whatever it was has left him with some debilitating physical conditions and an absolute terror of getting close to anyone.

Laurie doesn’t care whether Gabriel wants to get close to him or not. He pursues him as relentlessly as the ghosts from his past, but when Gabriel’s past catches up with him, and Laurie realizes he’s running not only from Gabriel’s ghosts but a secret department of the UK Government, he has to give up everything to keep the boy he loves, and to keep him alive long enough to earn his love in return.