COVER REVEAL And All Shall Fade to Black by Layla Dorine

COVER REVEAL And All Shall Fade to Black by Layla Dorine May 31, 2017 Cheryl Headford
Uncategorized
0 Comment 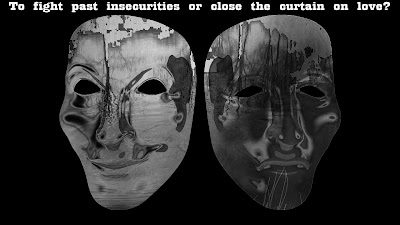 Coming June 2nd from Encompass Ink
Cover Art for …And All Shall Fade to Black by the awesome Rue Volley who gets my visions even better than I do most times.
…and All Shall Fade to Black Blurb:
Moving into his new apartment, Jax never expected to have to break up a fight between his new neighbors, resulting in a physical altercation and a visit from the cops. Never in his wildest dreams did he imagine that it would lead to him meeting Danny, the cute theater manager and playwright that lived next door. Unfortunately, his first impression of Danny and the way he’d cowered away in the fight with his ex, wasn’t exactly a favorable one. Jax already has his own issues to deal with, between his past problems with his mother and the chain of men who’ve floated in and out of her life, his new job as a piercer in his sister’s tattoo shop and his struggles with an eating disorder; the last thing he plans to add to it is a relationship.
Yet Danny isn’t so easy to ignore and when they find themselves bonding after Danny shows him around town, and more when Jax offers to help with sets for his latest play, it becomes harder and harder for him to ignore the connection forming between them. As Jax’s insecurities and food issues grow more and more out of control, he finds himself turning to Danny for help, rather than his longtime friends Callum and Max who lives just downstairs. Danny’s mix of patience, stubbornness, and tough love make it harder and harder for Jax to keep his distance, and somewhere in the course of their daily lives, they find themselves moving from being friends, to being more. 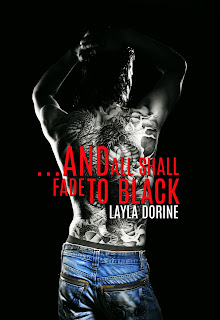 LAYLA DORINE lives among the sprawling prairies of Midwestern America, in a house with more cats than people. She loves hiking, fishing, swimming, martial arts, camping out, photography, cooking, and dabbling with several artistic mediums. In addition, she loves to travel and visit museums, historic, and haunted places.


Layla got hooked on writing as a child, starting with poetry and then branching out, and she hasn’t stopped writing since. Hard times, troubled times, the lives of her characters are never easy, but then what life is? The story is in the struggle, the journey, the triumphs and the falls. She writes about artists, musicians, loners, drifters, dreamers, hippies, bikers, truckers, hunters and all the other folks that she’s met and fallen in love with over the years. Sometimes she writes urban romance and sometimes its aliens crash landing near a roadside bar. When she isn’t writing, or wandering somewhere outdoors, she can often be found curled up with a good book and a kitty on her lap.