This week, I am giving you a snippet from the novel entered in the second week of 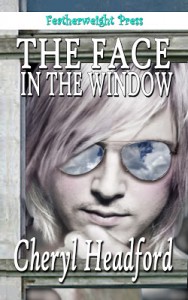 The first time I saw him I thought I was seeing things. The light was slanting through a gap in the buildings opposite and glinting off the glass. For a moment as I looked up, and don’t ask me why I did—I just did, I saw a figure in the window right at the top of the house under the eaves.

I don’t know what it was about the figure that stirred me but there was just something… I blinked and it was gone. I almost missed the bus to school as I stood there staring at the now empty window.