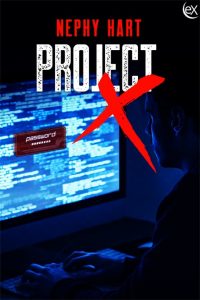 Quoting Matthew and the first line of the book. “Morgan Bentley is a bastard.” I wonder if you’ll agree. At least you might see where Matthew is coming from.

Matthew and Cory are visiting a prestigious English university, with the intention of attending. While standing in the car park, a red Ferrari screeches to a halt through up dust and gravel. A gaggle of “it” girls spill out along with the most perfect specimen of manhood Matthew has ever seen. He hates him on sight.

“Do come on, Morgan,” someone called. “I’m getting dirt all over my Vuittons. They’ll be ruined. And I’m parched, darling. We really must find somewhere decent to get a drink soon, or I’m sure I’ll die.

Was I mistaken, or had a flash of anger crossed his face? If it had, it was quickly replaced by something else. I took it as arrogance and disdain, although I wondered about that later. Right then it made me angry. How dare he? How dare they? Was I so far beneath them they wouldn’t even deign to acknowledge our presence?

“Nice to meet you, too,” I called after them as they walked away. No one so much as glanced in our direction.

“Wow,” Cory said when the little group had disappeared.

“Yeah. See why I didn’t want to come here?

I’m afriad I took a few liberties with the line count in order for it to make sense. I am also going to take another liberty as I left everyone at the edge of a cliff last time and I might get lynched if I just more blithely on to another book. This second snippet comes a few days after the last one.

With a mischievous twinkle in his eyes, Asher made another scoop, and when Erik moved forward to accept the finger, he dabbed it onto Erik’s nose and upper lip. “Oops,” he said, drawing Erik’s face forward. “Let me take care of that for you.” Erik shivered as Asher licked his face clean. He was pretty sure it wasn’t because the ice cream was making him cold.