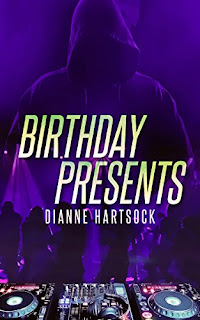 For Tracey, life has become a nightmare. Kidnapped from a nightclub in Boulder, Colorado, brutalized and raped by the killer known as Crimson, he’s held captive alongside Kyle, a young man Crimson keeps chained to his bed and is slowly torturing to death. Though Tracey manages to escape with Kyle’s help, he is forced to leave Kyle behind.

Gene has never stopped looking for his brother Kyle, abducted from a nightclub seven months previously. The case breaks open when Tracey comes forward, claiming to have knowledge of the whereabouts of Crimson’s hideout.

A manhunt begins, but Crimson’s birthday has come and gone, and he will kill again.

This is not a book for the faint hearted. Told from various perspectives, one of which is a serial killer, the story is complex, deep and chilling.
Crimson kills beautiful young men as birthday presents to himself. He is a master of his craft; intelligent, creative and always one step ahead. He made a mistake when he stole Kyle though, and a bigger one when he kept him. Torturing Kyle slowly to death might have been the biggest thrill of his life but this, and his obsession with Tracey, is what finally brought him down because Kyle’s brother Craig and Tracey’s boyfriend Daniel will stop at nothing to save the men they love.
This story had me from the blurb. It dives right into the action and stays there for the entire trip. Yes, I skipped ahead more than once because I just couldn’t handle the anticipation, but that’s me. I know there are plenty of you out there who will relish the mental torment as much as Crimson relishes the physical.
I won’t give away any secrets but Holy Shit the twist at the end will knock you sideways.
Next Post
Previous Post