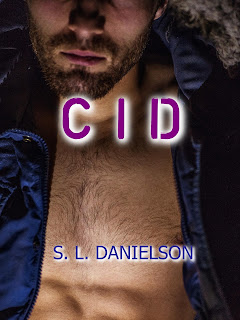 Ask 26-year-old artist Cid Walker how he’s feeling and you’ll likely get a snarl, or a glare, but not a real answer. Cid’s soul is so damaged from a brutal and savage ex-fiancé that trusting anyone is out of the question.

Two classmates try to get his attention; Barry and Kellen. Barry is only 18 and a very naïve, sweet boy-next-door type who is young, needy, and anxious to get involved with the mysterious artist. He wants to be with Cid more than anything, but his efforts fail.

Kellen, all of 22, is as snarky as Cid is at first, but soon manages to get across to him. Kellen understands why Cid is acting out because Kellen is also keeping his soul and psyche intact with mere Band-Aids after being attacked a few years ago.

Add in a stalker that won’t take ‘no’ for an answer and you have Cid’s life at the moment. Who can get through his broken heart?

Cid is an artist with purple hair, a cute gootee and crippling social anxiety arising from an intolerable situation from the past. Struggling with the social aspects of going to college, he’s a mess, living on adrenaline and constantly on high alert.

He meets three boys, Barry, Kellan and Kurt. One of them hurts him, one heals him, and one almost kills him. It’s a heck of a year and the author sure packs a lot into it.

If you like an easy ride with fluffy bunnies and sweet kisses, then this is probably not the book for you. It has its fair share of sweetness but it’s at a cost. Watching Cid fall apart is not an easy process, but it’s only when he hits rock bottom that the healing can begin. We take every step with him and it’s all the better when he climbs out of the box, although don’t expect everything to be “fixed” and tied neatly with a bow because that’s not how these things work.

Right off the bat, I loved the character of Cid who’s a seething mass of contradiction, anxiety and pain. He does the best he can to get through the day but he’s a mess. Every step of his journey is a triumph and a trial, and I travelled every one alongside him. He begs you to invest and you have little choice but to comply.

The other characters are equally well drawn and three dimensional and they have their highs and lows, none of them being perfect.

I don’t want to give away too much – although the blurb pretty much goes there anyway – but I have to be honest and admit I didn’t like Barry at all. He’s very sugar-and-spice and at eighteen, from a stable family in a nice home, it’s not surprising he’s also clueless. Cid seems happy to shoulder much of the blame for their very one-sided relationship, and the author seems to want the story to go that way, but to me, it was clear right from the start that the relationship wasn’t going to work. Cid said so himself on more than one occasions. That Barry kept pushing it, almost forcing Cid into situations then whining when they backfired, is all on him. I found myself wishing he’d just give it a rest already and let Cid get on with his life.

That being said, I think Barry was probably necessary as he was a perfect foil to showcase Cid’s personality and many issues. If he’d found the right person at the start, we would never have seen so many layers and so much of the struggle he faced.

Cid is not an easy story to read, especially if you’re triggered by abuse and/or sexual violence, but it’s an important one. Yes, there are rough patches. Yes, Barry can be incredibly annoying, but this is Cid’s journey with all its triumphs and pitfalls. His heart is open, raw and bleeding and watching him taken apart and put back together again is one of the most rewarding reads I’ve had in a while. Well worth a read.

S.L. Danielson began writing at the age of six. She knew it was her calling from the moment she put pen to paper. In her teens, she began writing alternative works and the genre stuck. She also wove more elaborate tales and finally, in her college years, began to weave her new love of male romance into long novels.

She is classically trained in business, accounting, and education, holding both undergrad and graduate degrees. Her other hobbies include painting, gaming, and spending time with her husband and two cherished cats.